Unlocking the Sony Xperia Z5, Z5 Compact and Z5 Premium may be easier than you think. Phone unlocking has become a big deal in recent years as it adds much more accessibility and many more options for the phone in the future. Not only that, but it will also allow you to connect your phone with any carrier you want! The most famous worldwide carriers for these handsets are T-Mobile, Sprint and AT&T in the US, while in the UK it will be O2, Vodafone and EE.

Starting with the Xperia Z5 Compact, the easiest way you can get an unlock code is by removing the battery from your handset and locating the IMEI number. Once you have located the number you need to replace your battery and turn your phone back on. You can use an unlocking service like our own to get your unlock code with your IMEI number. Another way to obtain the IMEI code is to dial *#06# on your phone’s keypad. 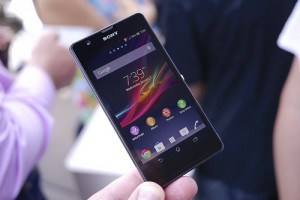 Now that you have your unlock code you need to replace your SIM card with one from a non-accepted network. When you turn your phone back on, you will be prompted to enter your unlock code. At that point you should enter the NCK code for most of the networks, such as T-Mobile. If your phone requires another lock level activation, you might need to enter the sub network code, also called ‘SPCK code’ which you will be provided. Congratulations, your phone is now unlocked!

Be aware of non-official methods to unlock Sony Z5

There are other ways to unlock the Sony Xperia Z5 Compact and Premium, but using the unlock code is the safest and least invasive method.
Rooting is another method for unlocking your Sony phone, but should only be done by someone who has done it before and with proper documentation – this is because it could completely and permanently damage your phone. Rooting means that you are giving yourself root permissions in your phone, which is basically the same thing or similar to running Windows programs as an administrator. Use caution if you plan on using rooting to unlock your phones.Lastly, you can contact your current provider, place an order and request an unlock code. Generally, they are usually not too enthusiastic about handing out unlock codes so you can switch carriers, so you may need to try a few times.Any of the previous methods can also be used to unlock the Sony Xperia Z5 and its variants. As you can see, you have a few choices on how to unlock your Sony Xperia, but the first method we discussed is by far the easiest, fastest, and safest!

Please note that Sony handset allows a maximum of 10 unlock attempts which means, if you enter wrong codes and get the counter lock down to zero, your phone will no longer accept any code, even proper one. So think twice if you consider using the free services as you might end up with a permanently locked phone
Code Compact contract Edge FAQ G5 Galaxy hidden menu how to iphone 7 iphone 7 plus K7 key generator legal MEP code MetroPCS new phone Phone unlocking Premium price S6 s7 s7-edge simlock Tips Unlock unlock app Unlocking unlock price Xperia Z5