I had my Desire 3 weeks ago!!! the reason why its been so long for me to unlock it is because the guy down the local 4n shop said it would cost £45 and it will take up to 3 days to get the code back.. went to google typed unlock HTC and found this website and had my code back in 15 mins cant get over it im well chuffed.. A.K.A very happy :-)...

Excellent service, thank you very much

After much ado with other code providers, Unlock Motorola came up with the goods with delivery within the promised timescale, clear instructions and unlock code worked first time. What more could you want? Although slightly pricey, very much worth it and definitely recommended.

I was a bit dubious about paying to have my G1 unlocked, especially after I'd read round on various forums and xda-developers that T-Mobile US offered it for free and T-Mobile UK charged £15.

I was sure there was some kind of hack or ROM that would let me do it for free, that was until someone dropped the bombshell that in order to prevent hackers from reverse engineering the SIM unlock, HTC had generated unique codes for every handset.

I was desperate and needed the phone unlocking quickly for an upcoming trip to the States and didn't have time for T-Mobile to mess around posting (by snail mail, really !) the SIM Unlock code to me.

unlock-tmobileg1.com's service was second to none. It was speedy and professionally and very reasonably priced. It took pretty much 30 mins for my code to arrive and it worked first time.

I'm chuffed to bits with it.

After trying three different services (and almost giving up), I tried this website. It did take two days, but they delivered the proper 16 digit code for my Flipout. If you have a Flipout, buy your code here, it WILL work.

Excellent service. I just follow the instruction and all is done.
Cheers.

Go services, Balckberry Unlocked. I am very please with it.

Worked instantly! My phone now works on O2! Thanks.

After 2 failed trys with 8 digit codes these guys provided me a 16 digit code wich worked perfectly on my Orange UK flipout!

Thanks you very much Unlock-Motorola! 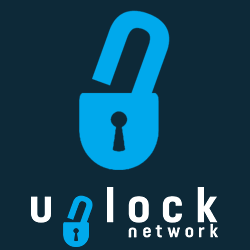 Submit your own review